We tried baseball, and we are huge fans as spectators, but when it comes to stepping up to the plate, neither of our kids felt at home there.  We go and cheer on their classmates at the local park and it’s a great way to spend cool spring evenings outdoors.  Soccer is the new sport in our house.  While baseball is the all American sport, soccer is definitely becoming more and more popular around here.  I played soccer in high school, okay I was mostly the ball girl because I didn’t know what I was doing, I just chose soccer because all my other sports (ballet and gymnastics) had me indoors and I wanted something outside too. 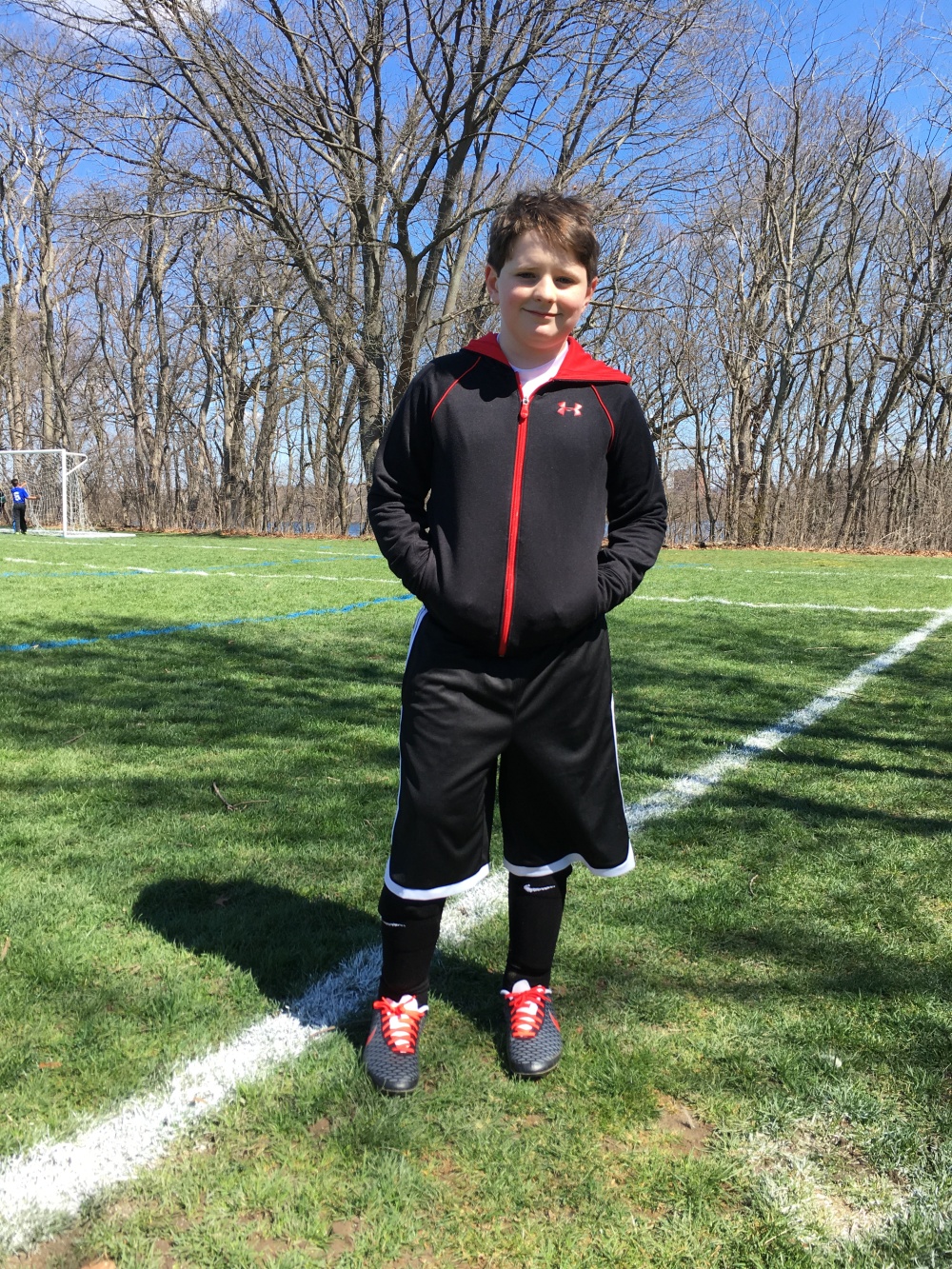 We are lucky to have two great professional soccer teams in Boston: the New England Revolution and the Boston Breakers. Little tykes through adults can find teams to play on between Micro Soccer, town soccer, soccer super stars, and Boston Ski and Sports Club or other Meetup groups.

This year, the New England Revolution and Papa Gino’s are pairing up to offer a fun opportunity for 5 soccer teams.  This is the 4th year of the Play, Eat, Score contest. Five local New England youth soccer teams will win a surprise visit from a Revolution player and a Papa Gino’s pizza party at their soccer practice.

“The Revolution are proud to once again partner with Papa Gino’s for the “Play, Eat, Score” contest,” said New England Revolution President, Brian Bilello. “Papa Gino’s has been a fantastic supporter of the Revolution and we are excited to be able to work with them again to give some of our young fans a chance to meet and learn from their Revolution heroes while enjoying Papa Gino’s pizza.”

To nominate your team or a friend’s team just fill out an entry form that can be found online at www.revolutionsoccer.net, the official website of the Revolution. Coaches, family members and players are encouraged to enter their teams. Winners will be selected and awarded from April – June 2016.

Last year, players Darrius Barnes, Steve Neumann, Brad Knighton and Scott Caldwell attended a practice session of the winning teams, helping teach the young players some of the skills and drills that they learned on their path to becoming pros, while also delivering Papa Gino’s pizza to the teams.

To enter your team visit www.revolutionsoccer.net/playeatscore.