I have been a fan of Portugal’s most well known fortified wine for a very long time.  Port was really my first introduction to “spirits”  and I didn’t venture beyond it for a long time because I was perfectly content.  When I was in university, I lived in Montreal’s “little Portugal” and became a lover of Portuguese food (and pastries) and I’m sure I had Portuguese wines as recommended by the waitstaff then but I was a student at the time thus had no wine “cellar” to speak of.  This week, I got an introduction to another side of Portugal both regionally and in terms of wine.  Porto is made in Northern Portugal in the Douro Valley.  The wines I was invited to sample and learn about, as a guest of the Comissão Vitivinicola Regional do Tejo (Wines of Tejo), are from further south. Wines of Tejo are from closer to Lisbon and are produced along the Tejo (pronounced Tay zjoo) River. 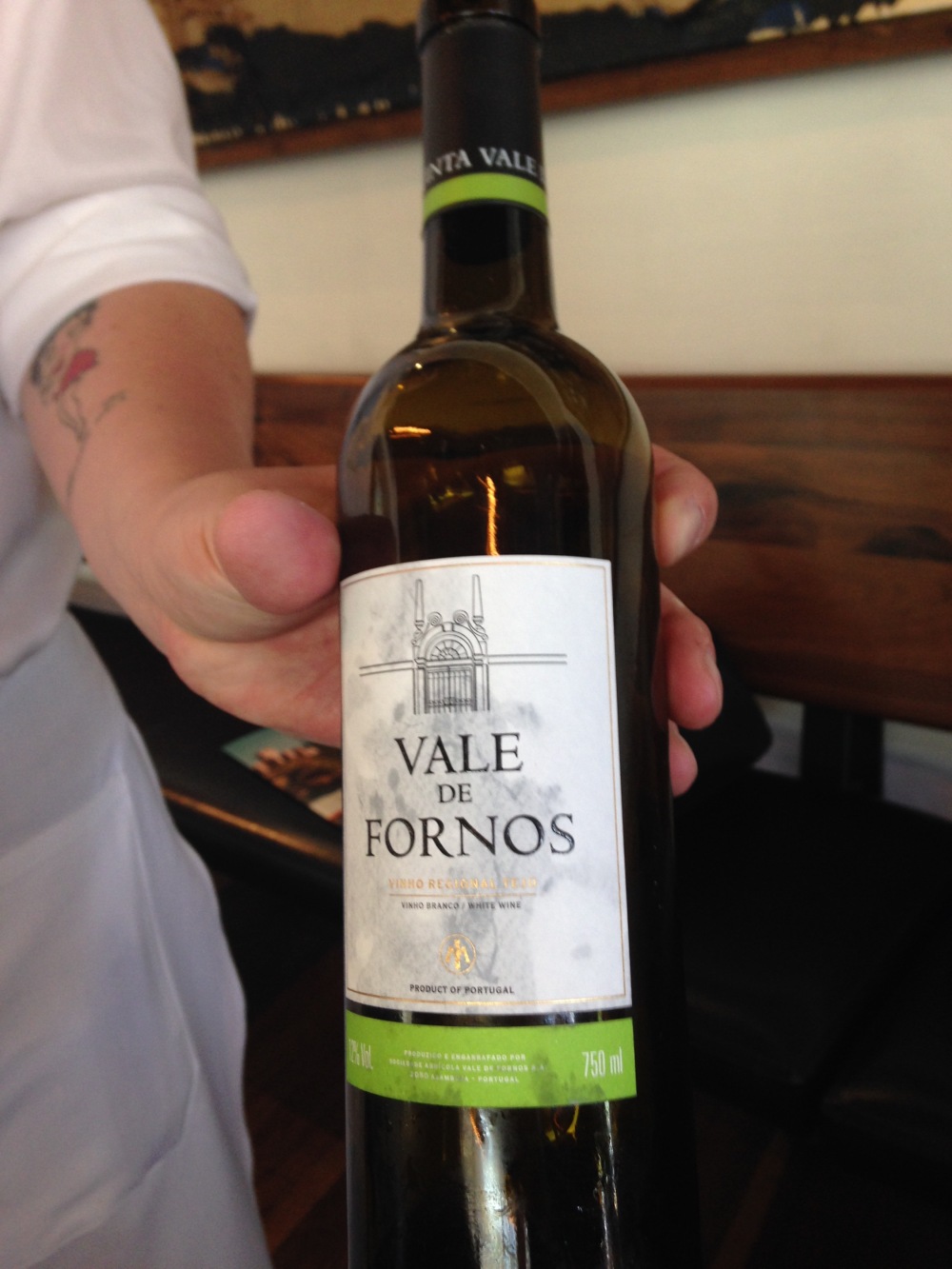 There were two white wines that I was especially drawn to as well as two reds. They will each be new additions to my summer wine list. Last year I added the Albariño and this year I’m adding an Alvarinho. (Do you see a pattern here?)

I’m starting at the top with the wine from the Tejo region that I instantly connected with making it my favourite of the bunch. I tasted 8 out of the twelve being presented.

(1) Fiuza & Bright’s 2014 Alvarinho, VR Tejo was a beautiful buttery yellow colour in the glass.  It is fragrant without being perfumy or heady, which reflects the wine’s taste. There is a nice clean minerality that I’ve learned is something I really appreciate in wines. The minerality gives it a beautiful balance and multiple dimensions.  This is a wine that I would keep very cold. I would serve it both with an apéritif or with dinner.  It is light enough to have with just a few salty bites (olives, salumi, a bit of cheese, and a little quince paste for sweetness).

At first, I found the (2) Quinta do Casal Monteiro’s 2014 Quinta do Casal Monteiro Branco, DOC do Tejo, a bit too light and flat, but then it surprised me when I paired it with food. This is a wine that I would keep as an apéritif because it does have a lightness that could get lost with a meal. The Quinto do Casal Monteiro truly sings when paired with a nice manchego and membrillo.  It would also be great with little chunks of Parmesan and drizzle of honey, or proscuitto and figs.

I tried two reds: one I liked and one I loved. The best news is that the one I loved is about $2 less expensive.  That never happens to me! (3) Falua’s 2013 Conde de Vimioso Tinto, VR Tejo was the one I liked.  It had a little bit of spice to it and heat ever so slightly in the back of the throat.  It was dry without leaving your tongue feeling parched.

The red I loved was (4) Casal Branco’s 2014 Terra da Lobos Tinto, VR Tejo. The Quinta do Casal Branco had a peppery, vegetal taste and a soft sweetness that came through in the aroma. I loved that the sweetness stopped at the nose and didn’t carry through to the taste which was more earthy in flavour.

The other wines I enjoyed are perfect for summer.  For one, in my notes I wrote “drink alone”, which doesn’t mean drink it alone on the front porch, but rather it is really nice without food.  It is a wine to keep chilled and on hand for when a friend comes over to chat and you pour a glass of wine to enjoy together perhaps before dinner or on a summer’s afternoon. (5) Pinhal da Torre’s 2013 Quinta do Alqueve Tradicional Branco, DOC do Tejo reminded me in taste of a Champagne.  It had a slight vanilla taste and a clean, dry, lemony mouth feel. For the other, I wrote “Perfect summer with aperitif”.  (6) Quinta da Ribeirinha’s 2012 Vale de Lobos Reserva Branco, VR Tejo has a very slight smokiness under flavours of apple, grapefruit and my beloved minerality.

Now for a few technical notes:

This is an Alvarinho (Albariño) that is fermented in stainless steel tanks. If you haven’t tasted an Alvarinho or Albariño I recommend giving it a try this summer.

This is a 50% Fernão Pires, 50% Arinto.  The harvest and crushing are mechanical and the fermentation is in stainless steel.

This is an Aragonês, Alicante Bouschet, Touriga Nacional, Syrah, Cabernet Sauvignon.  It is hand-harvested and fermented in stainless steel.  It is then finished with 6 months of oak ageing.

This is a 60% Castelão, 40% Cabernet Sauvignon.  It is fermented in stainless steel with no oak ageing.

This is 100% Fernão Pires.  It is fermented in stainless steel tanks.

This is a Sauvignon Blanc, Verdelho, Chardonnay and Gewurztraminer blend. It is hand-harvested, has a pre-fermentation maceration for 16 hours, fermentation in stainless steel and French oak barrels.